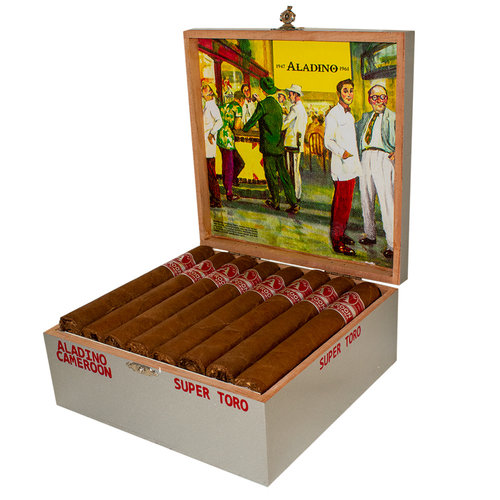 Founded by Julio R. Eiroa, who helped make Camacho a major success in the 1990s, Aladino is a family project between Julio and his son Justo. Named for the movie theater that was converted into the factory where the cigars are rolled in Danlí, Honduras, Aladino offers authentic, old-school cigars. The focus is strictly on the premium tobacco used to create each cigar, calling to mind the Habanos produced in Cuba in the mid-20th century, with each leaf grown on Julio's farm and rolled in his factory.

Around 2015, the Eiroas received tobacco seeds from Cameroon and planted them in the Jamastran Valley growing region in an attempt to produce Honduras-grown Cameroon leaf. The success of that project is now offered in Aladino's Cameroon cigar, featuring all-Honduran tobaccos, but with the wrapper of Cameroonian seed. The fillers are Cuban-seed Corojo, also grown on the Eiroas' farms, like Aladino's original Corojo line, and the flavor is distinct and enticing. 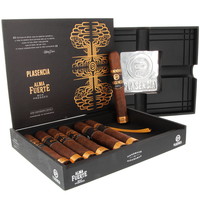 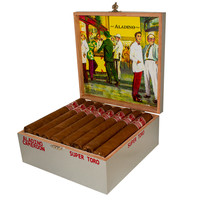