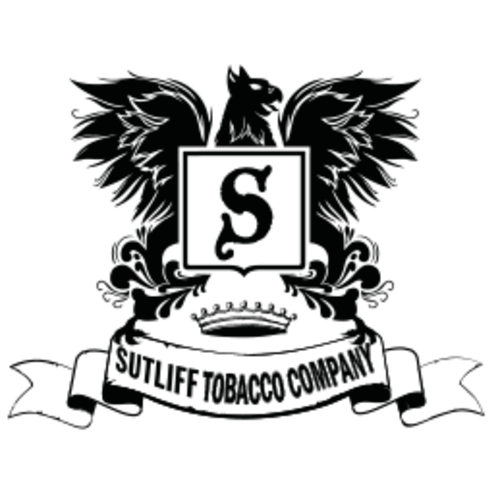 The origins of Sutliff Tobacco Company go back to the mid-19th century. In 1849 H.W. Sutliff founded the Sutliff Tobacco Company in San Francisco, California. From the mid-19th century until the early 1900’s the company primarily operated as a retail establishment, selling cigars and pipe tobaccos. Starting in 1933, the company began manufacturing its flagship brand “Mixture 79”.

Demand for Mixture 79 grew all through the 30’s and 40’s to where finally, in 1953, the company needed a larger manufacturing facility. At that time (as now) Richmond, Virginia was at the center of the tobacco business in the United States and most of the major tobacco companies had their production facilities located in Richmond. Most of the major leaf dealers had warehouse and distribution facilities located in the city, and the location was close to the tobacco markets in southern Virginia and North Carolina.

In 1963 Sutliff Tobacco Company purchased the Heines Blend brand to complement its well-established Mixture 79 product. In 1969 Consolidated Cigar Corporation, then owned by Gulf and Western, purchased the company. With the now enormous sales resources of Consolidated Cigar behind it, the company entered into the Private Label business and Cavendish Cut style tobaccos by purchasing Greenville & Winters. Prior to this, Mixture 79 and Heines Blend had been primarily Burley Plug-Cut style pipe tobacco.

Consumer tastes in pipe tobacco changed considerably in the 1970s, moving away from Burley Plug style blends to more highly flavored Cavendish cut blends. In response to this shift in consumer tastes, Consolidated Cigar entered into a licensing agreement with Old Grand Dad Bourbon and introduced a line of highly aromatic pipe tobacco. The licensing agreement expired in the early 90’s and the name “Old Grand Dad” was discontinued, but that same blend is marketed under our Dutch Masters Pipe Tobacco brand.

In 1987 Consolidated Cigar Corporation purchased Milt Sherman Pipe Tobacco, and with that purchase, entered the highly profitable Bulk Tobacco business sold into retail pipe shops. The Bulk Tobacco segment of our business further expanded in 1988 with the purchase of Century Tobacco Company and in 1993 with the purchase of the US operations of A.C.Peterson. These purchases, as well as strong organic growth, have led us to be leaders in these segments of the market.

…and this segment continues to be led by Sutliff Tobacco today.

In 2008 Altadis introduced their line of Water Pipe Tobaccos to the market under the brand name Jewels. This segment had been growing for the past 10 years and has a long and illustrious history of usage in the Middle East. The brand extended further in 2009 and 2010 with new flavors and package styles.

Also in 2008 Altadis introduced a premium line of tinned tobaccos under the Sutliff Private Stock label. This line has performed extraordinarily well, and is among some of the best English Style, traditional mixtures as well as aromatics available on the market today.

The 125 year old Mac Baren Tobacco Company of Denmark acquires the Pipe Tobacco Division of Altadis USA located in Richmond Virginia. The completion of the purchase was finalized on May, 1 2013. operating under its original corporate name of Sutliff Tobacco Company, which prior to being owned by Altadis USA, has had a long history in the U.S. Pipe Tobacco Industry since its founding in 1849.