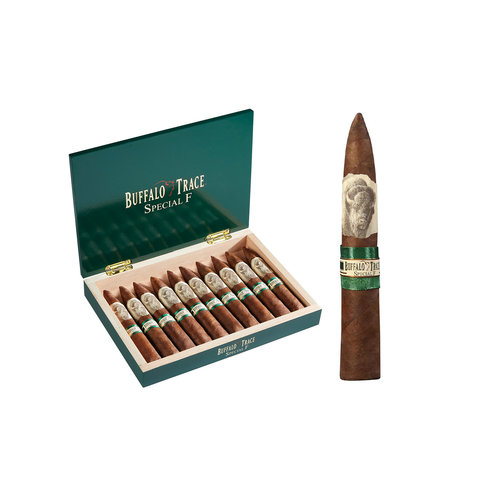 The Buffalo Trace Special F has an Ecuadorian Sumatra wrapper and is made at General Cigar Dominicana in Santiago, Dominican Republic.