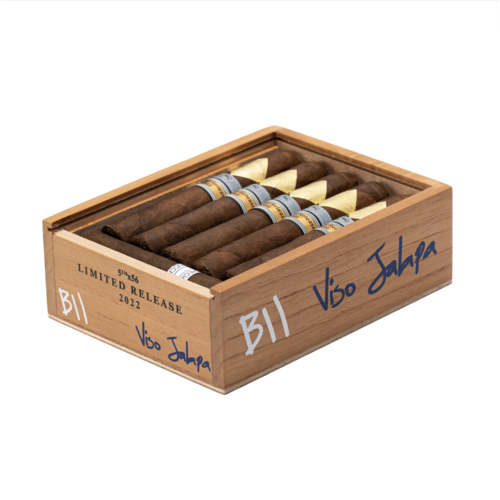 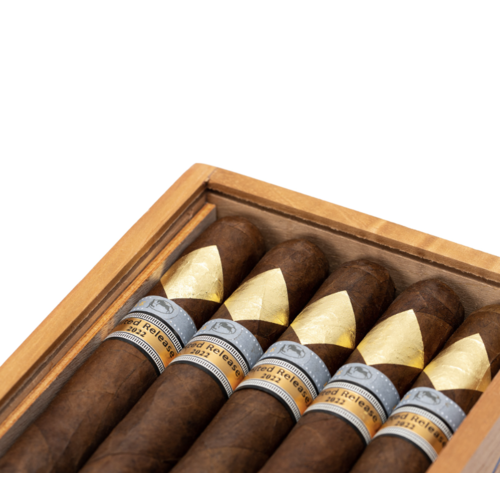 Limited Edition of 1948 boxes of 10, with a twist, this batch of 2022 LE Cavaliers includes an 11th undisclosed cigar.
Limit of 3 Boxes in initial rollout. Any remaining product as of 1/5/2023 will not be subject to limits. Read more

Included in one of the boxes is also a mystery cigar.

Inside the box of the Cavalier Genève BII Viso Jalapa Limited Release 2022 are 10 of the Limited Release cigars and one other cigar, which can be seen in the photo above towards the bottom of the box. It’s a different cigar that was rolled by the factory manager and general manager of Fábrica Centroamericana de Tabaco S.A. Cavalier is declining to disclose details about the 11th cigar.