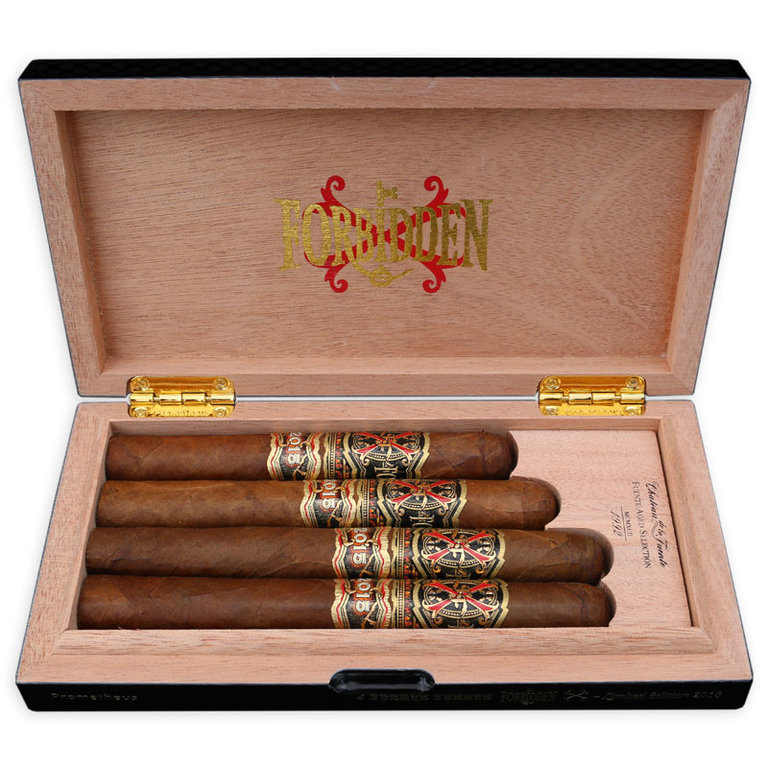 $179.95
In stock
•••••
Free shipping on orders over $200
Delivery available within 20 Miles of ICC
Curbside pickup available
Share this product:

ARTURO FUENTE THE OPUS X STORY 4 CIGAR SET & LIMITED EDITION TRAVEL HUMIDOR
It would be no exaggeration to say that Fuente Fuente OpusX changed the cigar industry as much as the iPhone changed the mobile phone industry. It might even be an understatement.

When it came out in 1995, Fuente Fuente OpusX was an immediate sensation: a cigar so different in its taste, look and origin that cigar enthusiasts literally lined up to buy it. Retail shops sold out so quickly that some imposed a “one per customer per day” rule. It remains one of the world’s most coveted cigars, with each new release eagerly awaited by cigar enthusiasts, reviewers and retailers.

This particular Opus X set is very special. Not only does it come with 4 Limited Edition Arturo Fuente Forbidden X Opus X cigars, but also with a coffee table booklet featuring an interview with Carlos "Carlito" Fuente Jr, and a limited edition OpusX Story Travel Humidor produced by Prometheus.


The OpusX Story comes with: