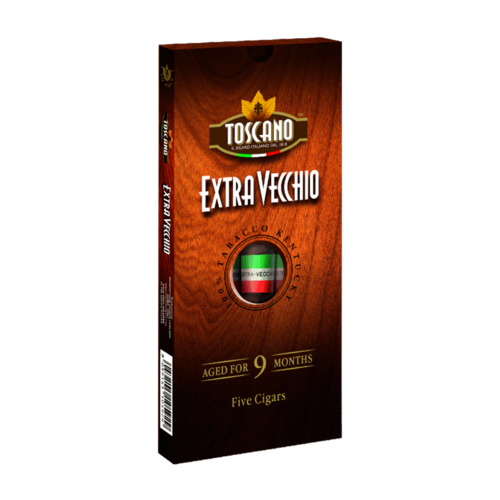 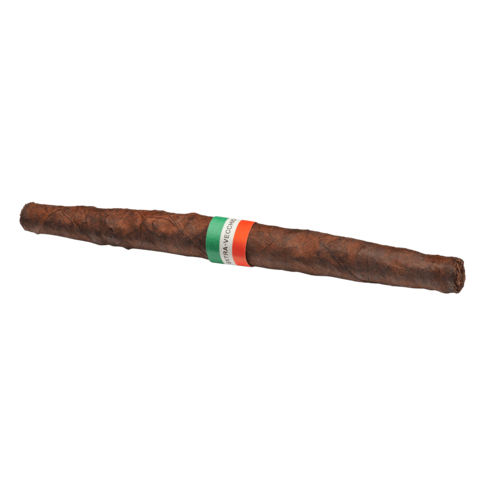 The TOSCANO® Extravecchio is a cigar that not only represents more than half a century of history, but also stands for a continuous social ascent: it is the celebration of the work of all those who have dedicated themselves to the production of the best wrapper of Kentucky tobacco in Valtiberina.

The TOSCANO® Extravecchio cigar owes much of its special taste to a careful selection of the best of the finest Italian tobaccos, rich in oils and of an intense colour. The heavy filler of Tuscan origin is rounded off with a portion of tobacco from the Lazio area of Pontecorvo, which is traditionally very strong and impactful.

The incisive character of this mixture of tobacco requires the introduction of a long fermentation during the production phase and this gives the cigar a rounder character that dilutes some of its “angularities”.

The intense and decisive character of the Valtiberina wrapper. It fully represents the tradition of the TOSCANO® cigar. When smoked, one immediately perceives its full, strong and satisfying taste. The blend of “heavy” fillers and used of leaves from higher on the plant determines a cigar of considerable strength and impact, which enhances its smoky and spicy characteristics.

Initially it used to be produced both in the Cava de’ Tirreni and in the Lucca factories, and only at the beginning of the new millennium did it become the exclusive production of the Lucca factory.